The Destination-Shillong!!!
By Deepesh Soni.
Prelude
This trip hitherto remains my longest train journey, albeit I was not able to complete my trip due to a minacious circumstance. My plan to travel to Shillong was set up very well in advance and Shillong holds a special place in my heart And being a railway enthusiast, undoubtedly, I excogitated to reach Shillong by taking longest train route possible, eventually coming up with a plan to, first, travel to Bangalore from Mumbai, then take a train to Guwahati, and then a bus/cab ride to Shillong city, a total distance of ~4500KM and travel time of ~80 hours.
The return journey, however, was not gratifying at all and I was in hurry to reach home, missed my evening flight to Mumbai but did manage to board the next day morning flight from Kolkata (Calcutta).

Mumbai to Shillong via Bangalore….!! 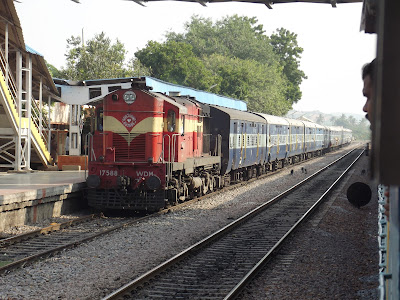 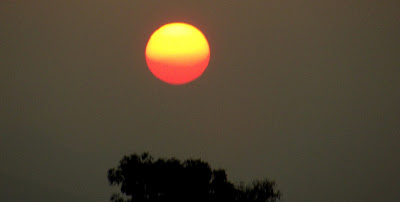 The Sun sets but the journey goes on!!

I didn’t realize the time went by as I was so enwrapped in technical talk. Meanwhile, I saw a lot of trains passed by and though I don’t remember the name of each train, I did see Bhubaneshwar bound Prashanti express hauled by another WDP-4 class loco from KJM shed/depot and the other Chennai-Shridi express hauled by, I think, WDG-3A from GY shed/depot. But I did realize that my train was running late by an hour and I started to get a little worried because I didn’t want to miss my train to Guwahati and I’ve had a  1ittle over an hour to change over at Bangalore. When I enquired with one of the pantry guys, he said that the train would reach Bangalore City Junction (SBC) until after 11PM. I was appalled but I knew and was confident that we will make way before 11PM. As soon as we entered the suburbs of Bangalore I gotten very happy and even more so after I realize that the train is again running on time which means I will be at Bangalore City Junction at 10PM and will have about 1 hour 30 minutes. Fortunately the train didn’t take any unscheduled halt and entered SBC at 10PM, almost on time.
I was feeling a little tired after I got off of the train but was also excited to board Bangalore-Guwahati express for one reason; I always wanted to travel by this train to Guwahati. The Bangalore city looked very nice and clean, saw the new Bangalore ‘namma’ metro train system. ......However I would be wrong if I say I was not confused at Bangalore station, so I called up my good friend Akshay Iyer in Mumbai as he is very familiar and knows in and out of this place. He advised me that the train to Guwahati will depart from platform#6 and sure it was confirmed by the digital indicators on the platform. The crowd at the platform got denser; I guess almost everybody wanted to go to Guwahati and the worst affected was steerage. The train was scheduled……. but there was no sign of train even after 11PM (the schedule departure was 11:30PM). Meanwhile I saw 11013 Mumbai-Coimbatore express departing Bangalore after reversing, hauled by another loco i.e. WDM-3D class from Erode shed/depot on its way to Coimbatore, another 7 hours journey. At 11:10PM, my train (12509 Bangalore-Guwahati Superfast express) finally got shunted and I was shocked to see the un-reserved coaches getting completed satiated even before the train came to a complete stop. My coach was once again 5th from the loco (Coach# B3, a 2005 manufactured AC 3 Tier class, the coach was constructed at Rail Coach Factory, Kapurthala). I felt a lot better after I boarded the train and in the cold ambience, the only thing I wanted to do was to catch some Z’s………

...From Bangalore to Shillong cont...